One Love – One World (In the Land of the Brahma)

I thought long and hard about what an appropriate title for this post should be and finally settled for an unoriginal, borrowed title you see above but it encompasses very well everything that I am about to pen down in this post. It has been a hectic month of activity - a whole month full of color, culture,  music and magic, a month full of spectacular people who live their lives with a sparkle in their eye, a month full of uncountable hugs exchanged and received (my favorite thing in the world), a month full of telling and listening to tales of people who are alien to the fear of what tomorrow has in store. Any number of words simple or complex will fail to express what I feel as I try to recall moments from the past few days and any number of pictures will fail to replicate the intense alchemy of emotions and happiness that was experienced in those very moments. But the immensity of the lasting effect that it has had on my mind can be gauged by observing what I have been doing for days after I realized that it was all over - I have spent not just hours but quite possibly a whole day flipping through the many pictures from the Blue Lotus festival trying to create and relive those moments of profound happiness in my mind.

It's not every day that you witness a confluence of musicians from the remotest recesses of a country as enormous as India flocking to one holy city - carrying on their shoulders the weight of a musical legacy , the beauty of which is hard to comprehend until you witness it first-hand . It is not every day that you witness people from at least 20 different countries of the world dance without inhibition in the narrow spaces of a street bustling with energy , with falafel vendors one one side and an Indian kachori vendor on the other . If this myriad dynamic of mingling  existences onto one street wasn't enough , and you must believe me when I say this ,  even the cows , dogs and  apes of Pushkar city were as much a part of this musical harmony as were those of us with developed faculties. It's often said that a picture is worth a thousand words but in this case I think either will fail to describe that epoch where music unified one and all. 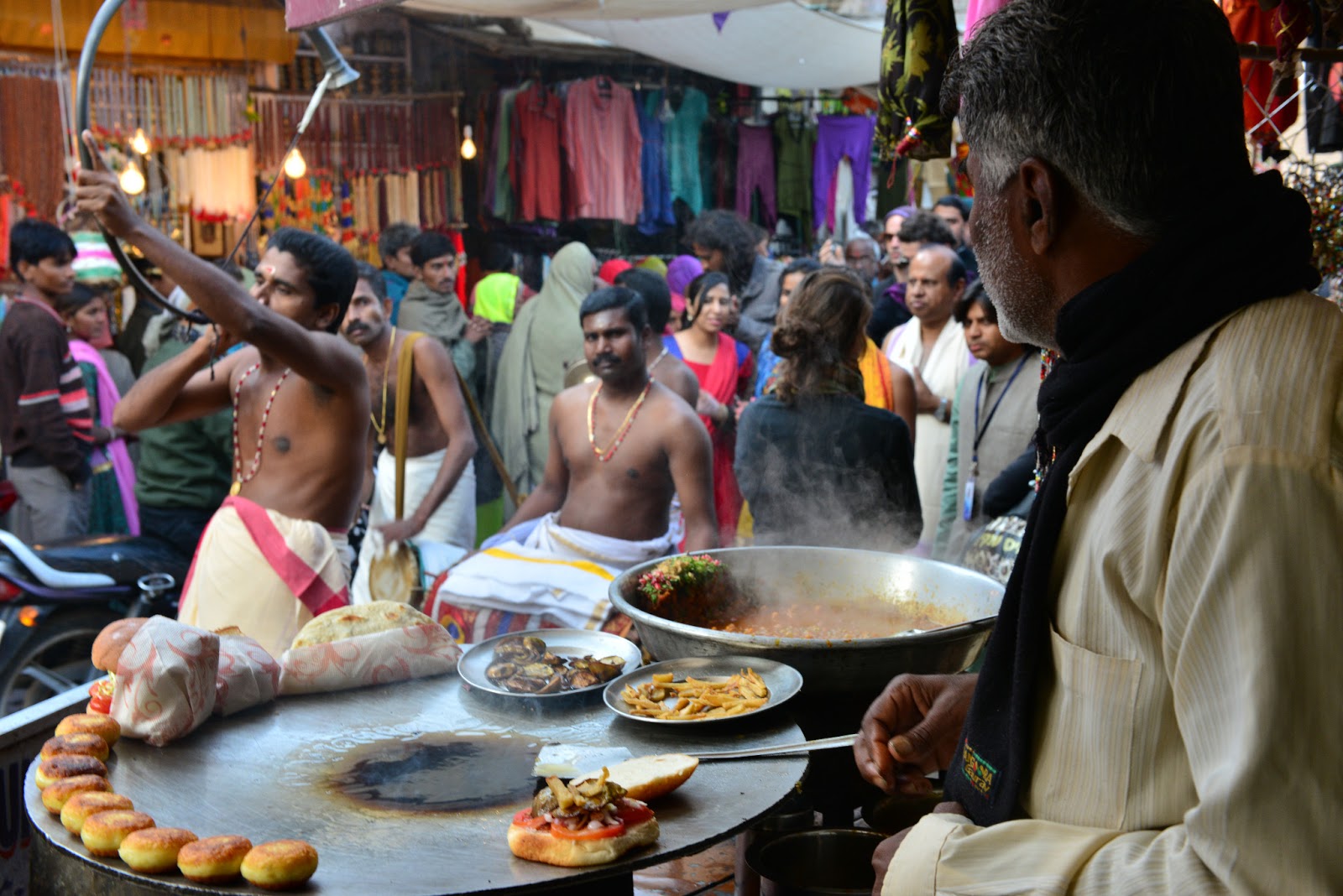 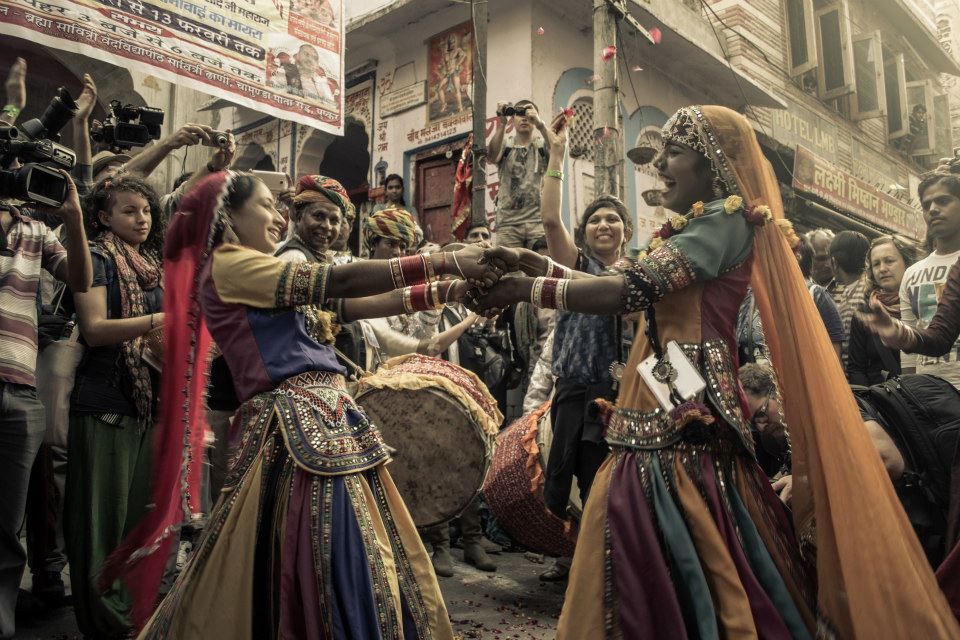 It's not every day that you wake up early morning in a city the very aura of which spells divinity , where the stark contrast of the past and modern life reflects in the most interesting ways , a city of a thousand priests and a thousand musicians chanting early morning to awaken the consciousness that engulfs the lake , the people and thousands that throng its heart to get lost in a world that is alien to malice, to distinctions that exist in the permanent world , to the cobwebs of right and wrong that fiercely guide our actions every day . This is a city where everyone who has a smile to share and arms to wrap around another lost soul is welcome. It is a city that celebrates the lord, the universe and its energy in its richest glory - by conducing an environment that allows you to just exist in perfect harmony with the beautiful sights, sounds and verve that pervades the air of this sleepy lakeside town . 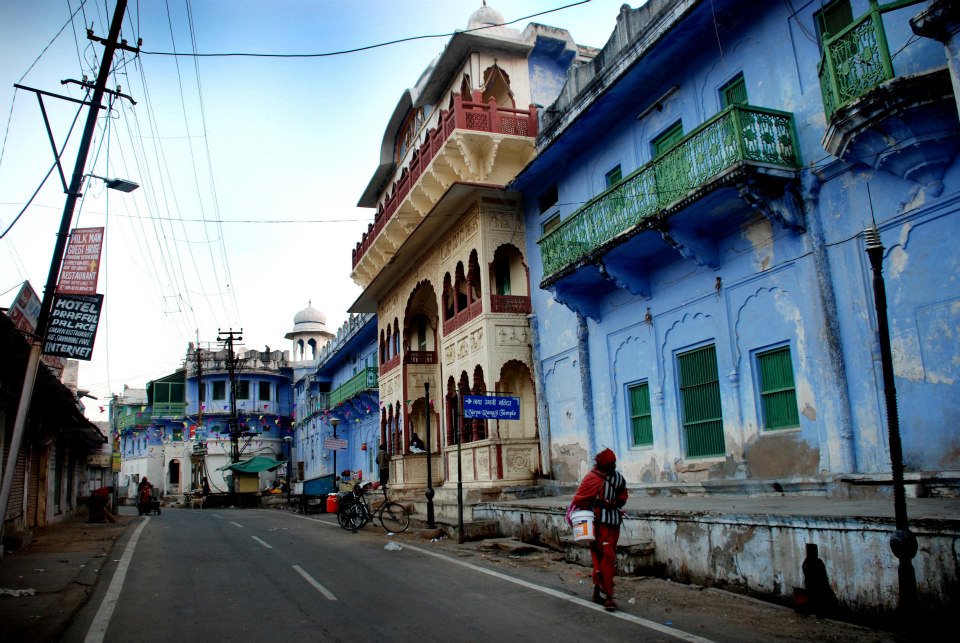 I was fortunate enough to be here at  a time that brought together the most wonderful musicians from all across India and the most beautiful people from all over the world  to create and experience the magic that music and this holy city created .Straight from the soulful Sufi night on a stage set before the mighty sand dunes, the grand welcome to the day with the roaring sound of kettle drums by the lakeside , unabashed movements of the feet following the sound of the iktara and a gradual uplifting of the soul as the 'Bauls of Bengal' lead their audience to a musical epitome - all of these amazing musicians carve an impression on your being not just as a memory but as living reminders of the fact that away from the hum drum life that we lead there exists beauty beyond compare , unabated by the worries of a steady job and a secure future , disenchanted by the mystics of material life .. pristine and shining on the inside and out with the sheer joy of music and love. 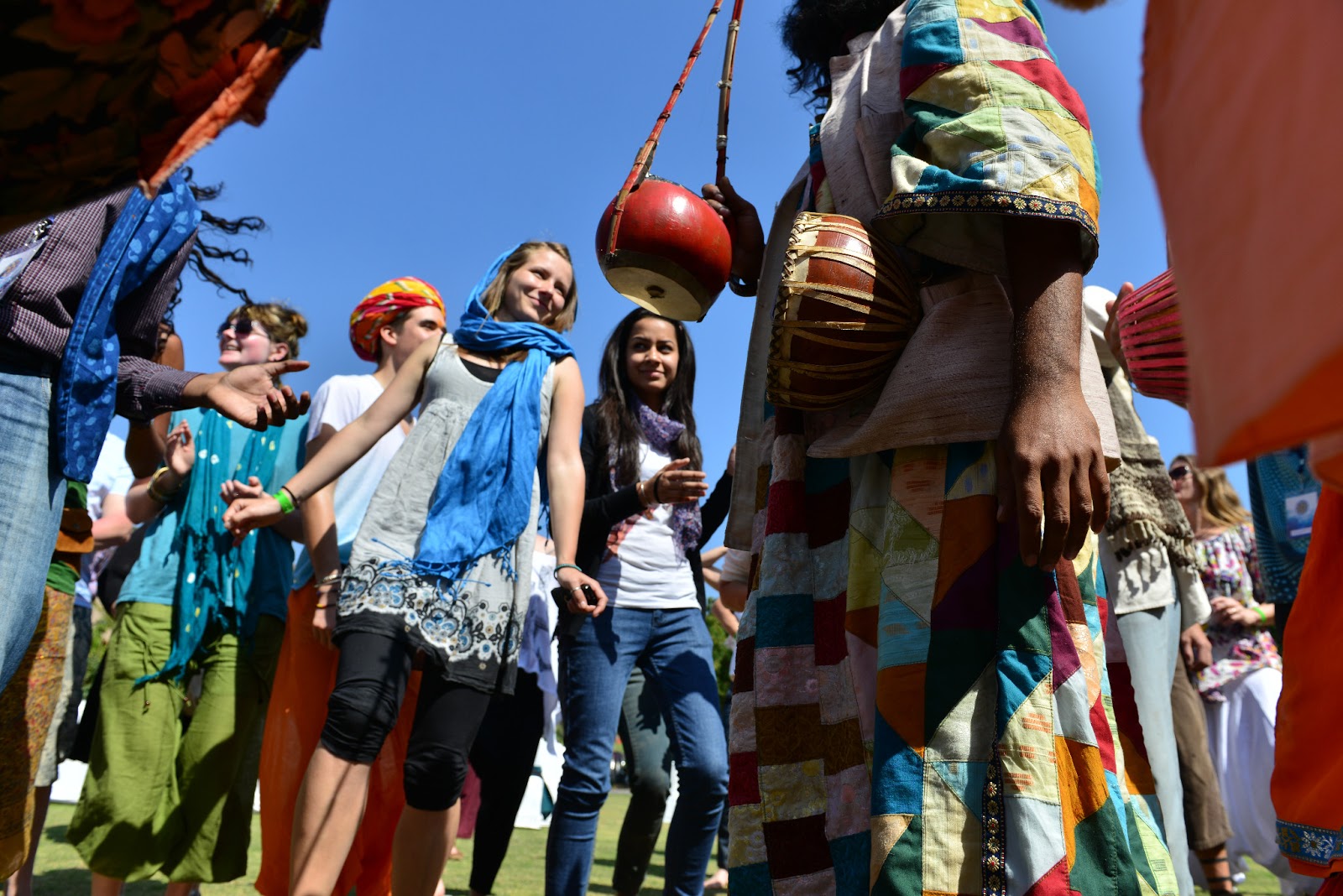 It is hard to describe in words just what encompasses your mind as you watch a group of turban clad men perform on a stage set before a fort that is an expression of their glorious past while a hailstorm rages down fury on a desert that is otherwise quenching for the last drop of water. 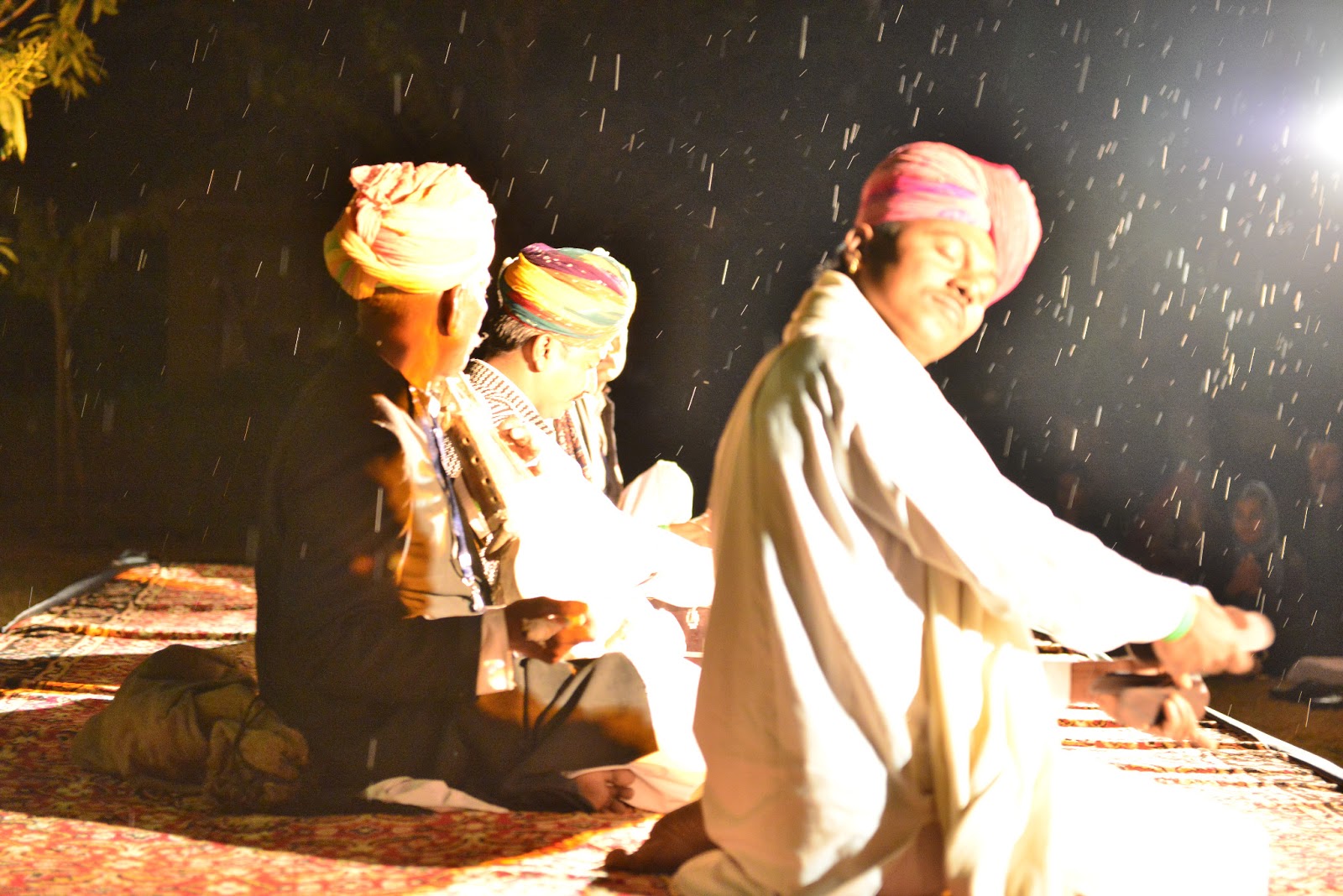 It is hard to describe in words how a group of snake charmers performing under the arched entrance of a hundred year old temple relic relinquish their might into a simple wood wind instrument to create sounds that soak through the moisture laden, biting cold air with hints of sunshine and lace it with a mystery that grips the minds of an eight year old child, a dread locked hippie, a temple priest and a regular person like you and I alike. 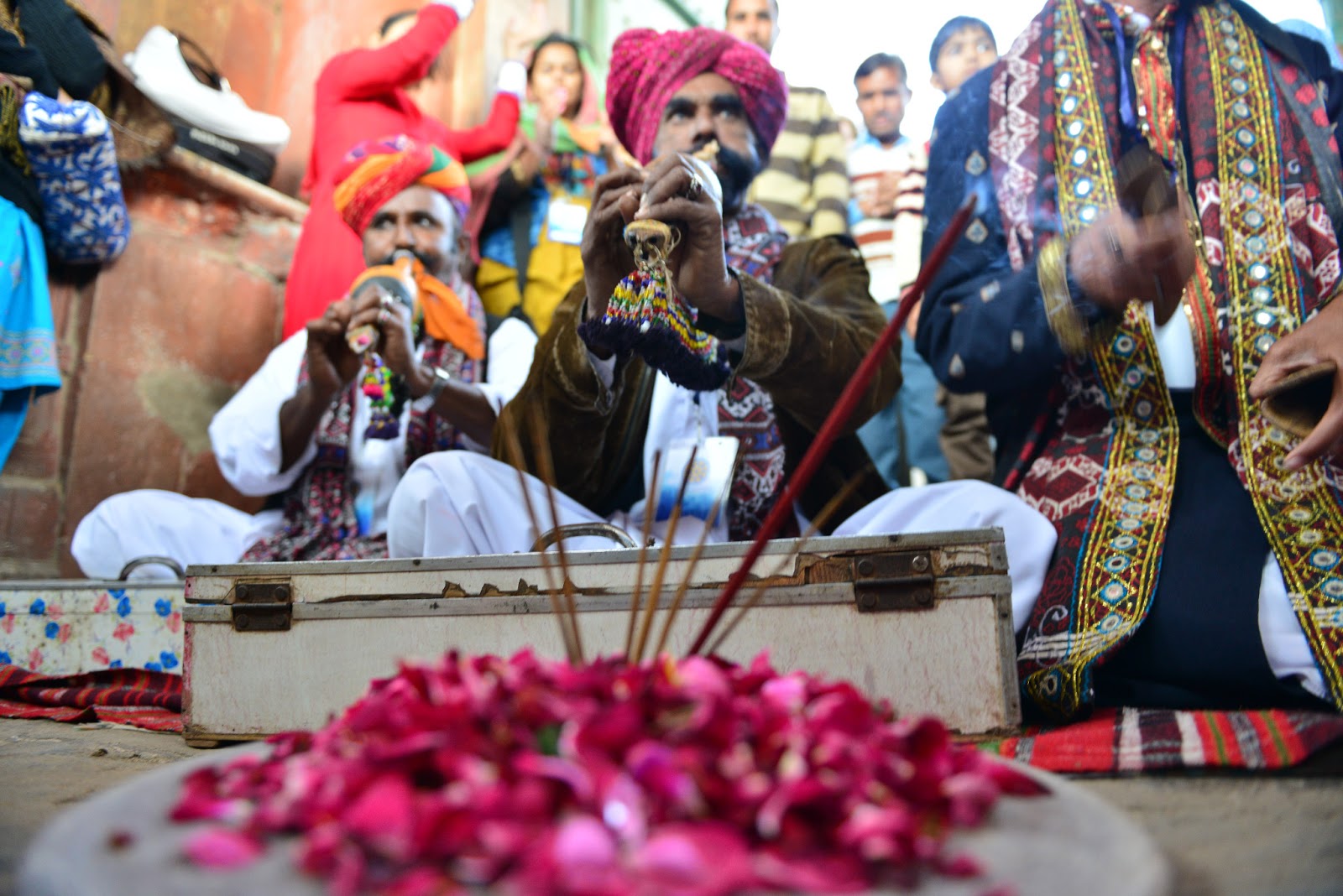 Words will fail to describe how it stirs your soul to hear the music of a Mirasi Muslim as he sings with a backdrop of the holy lake on a chilly winter morning while gently gliding flocks of pigeons sway to the godliness that he enthuses in the air through his compositions sung in praise of the one, the eternal. It was almost as if the weather was also changing its mood to suit the emotions expressed through music. 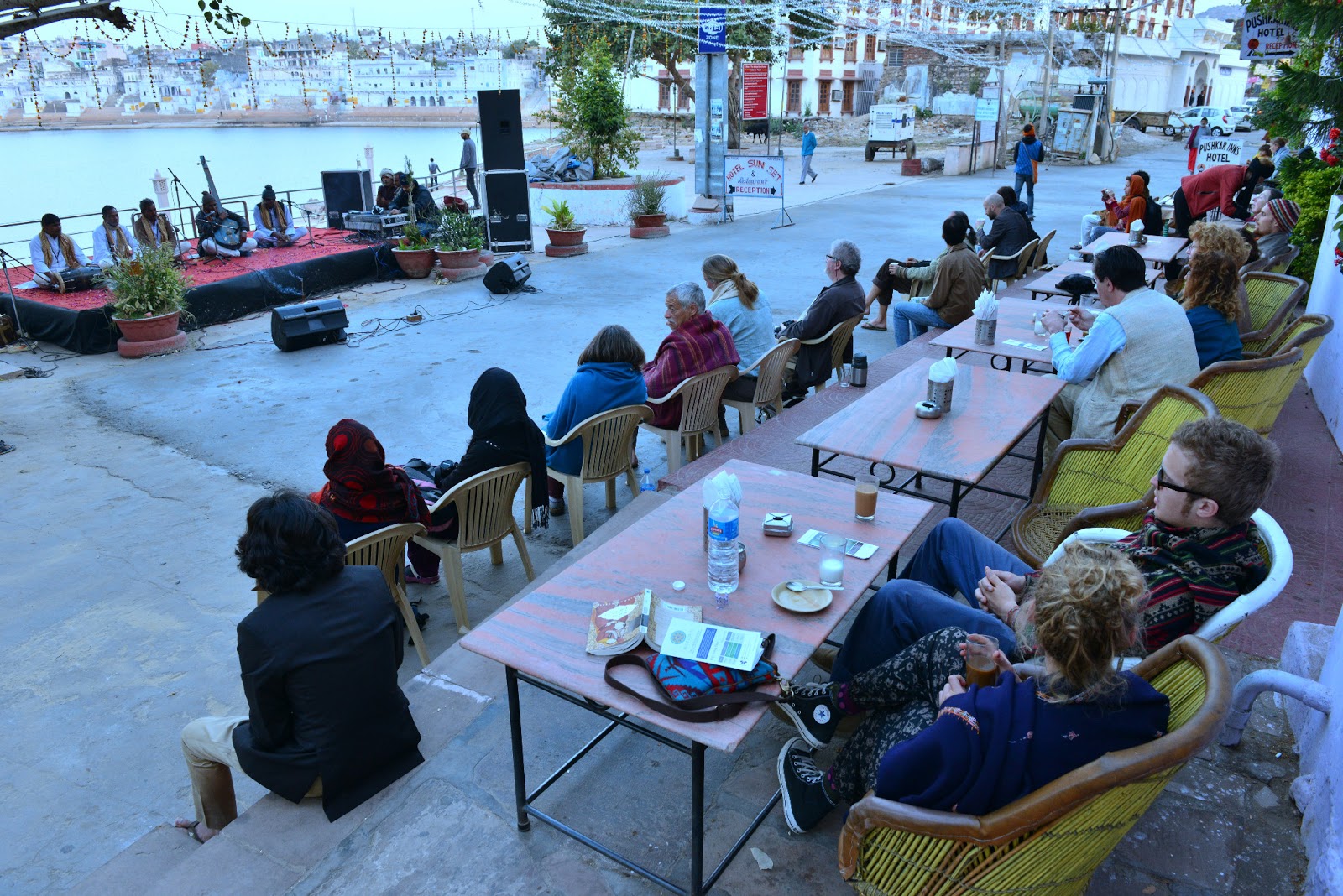 These are just some of the many moments that left me stupefied , halted in time and space with just the lingering sounds which led me and I’m sure everyone else who witnessed it to a place that I did not know existed somewhere in the most obscure region of my mind .Through ecstatic moments of dancing in the streets , blissful mornings spent basking in music and glorious days enthused with colors and energies so vibrant and positive , through aimless walking and random conversations with people I never expected to meet in places that I never expected to be at - I found a little bit of myself . 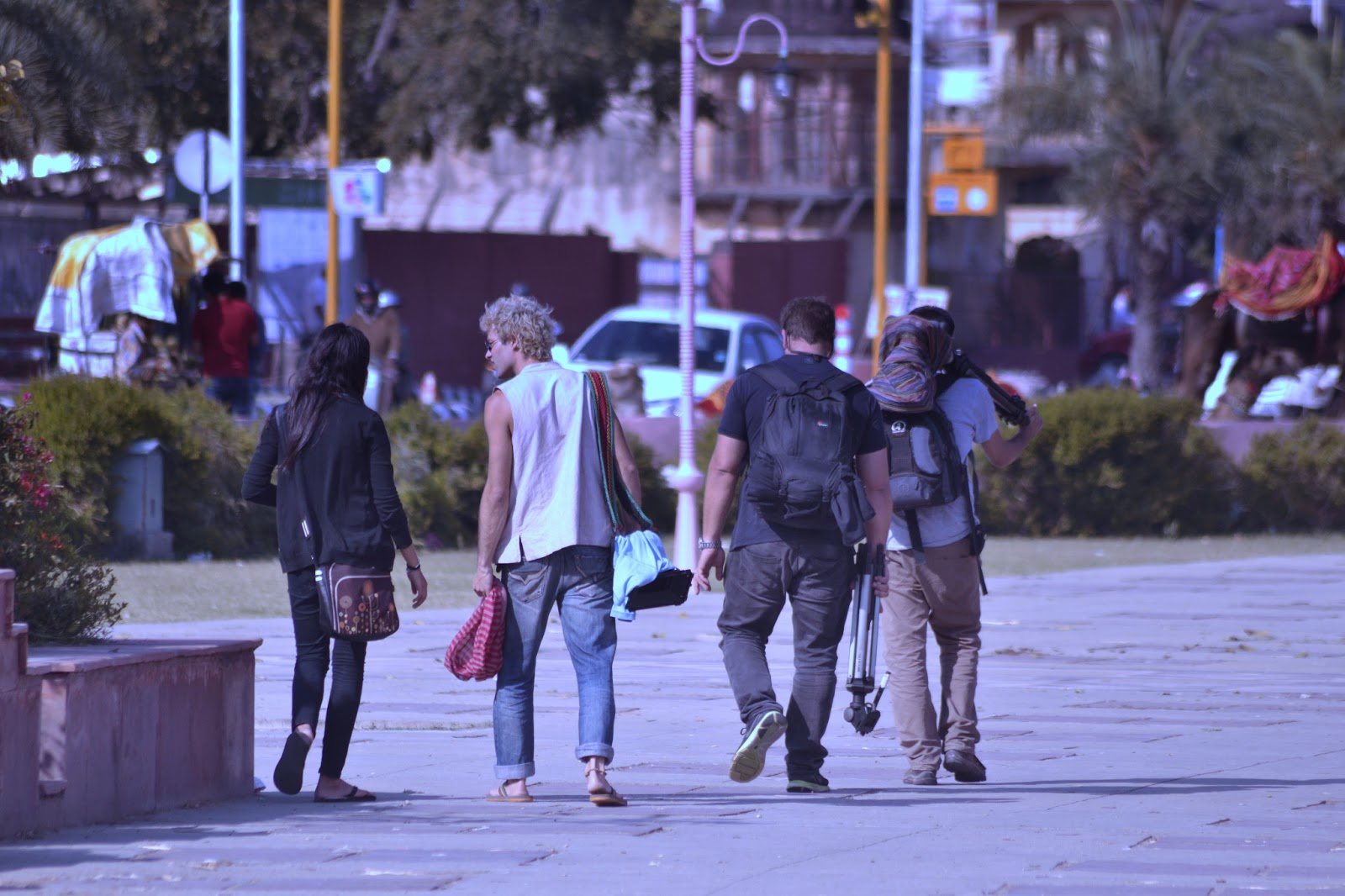 In one particularly profound moment I stopped by the ghat to watch a musician with a clarinet, another with a doumbek and a sadhu who joyously beat the empty vessel which he had earlier been collecting alms in as they collectively created a perfect medley rising in ecstasy, gently cascading into melancholy and eventually into silence. Throughout this time at least ten people had gathered to watch this unceremonious gathering of musicians by the ghat but when it concluded not one of them broke the silence which in that brief flight of seconds spoke more than an applaud or words of appreciation .In that consummate moment of  silence broken just by the reverberating sounds of Om and the distant clinking of brass cymbals from evening ceremonies in the surrounding temples , I found a little bit of myself . In this moment shared with perfect strangers, the yonder sounds, the setting sun and the holy waters , I found a little bit of myself. 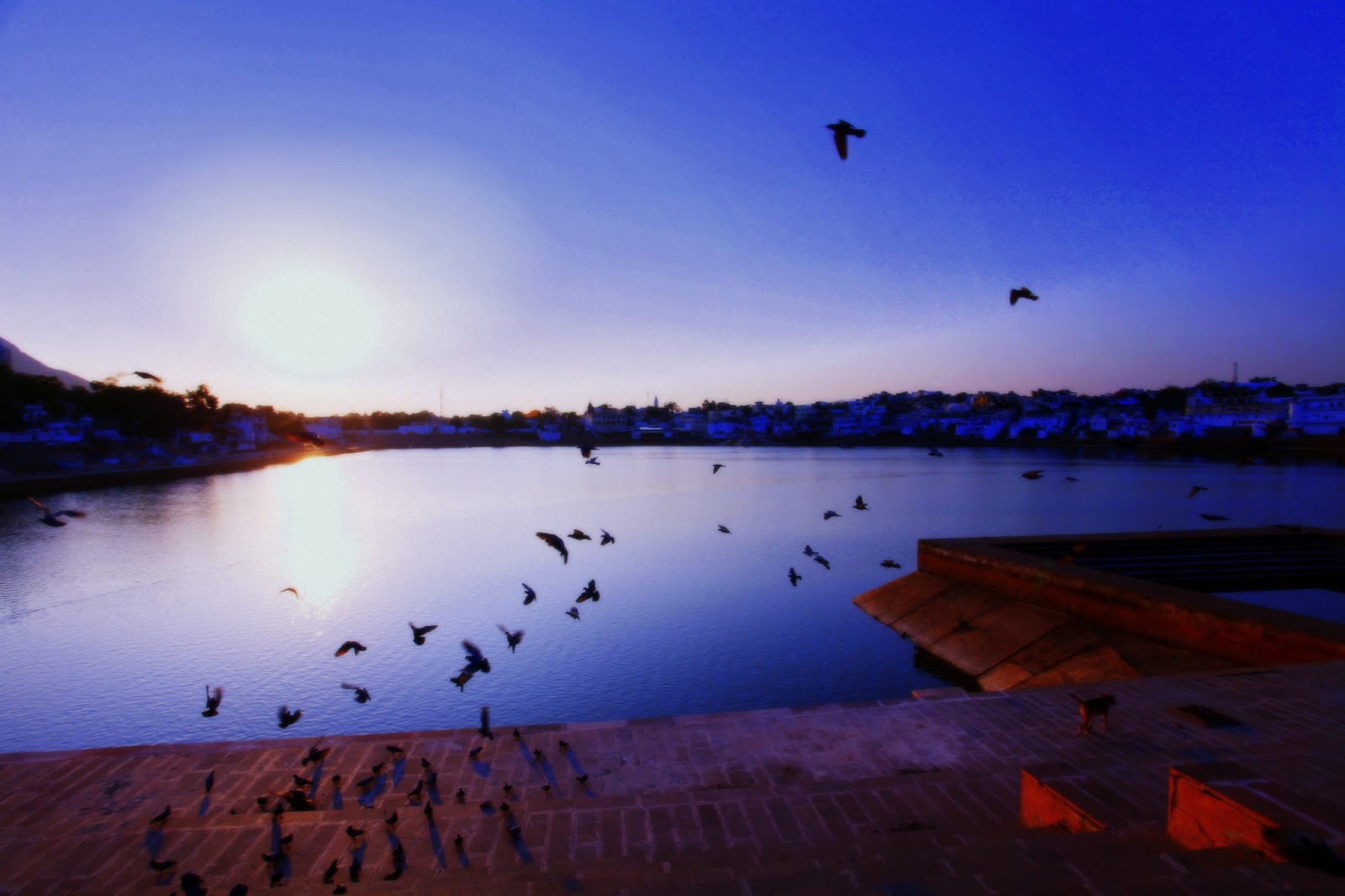 All picture credits to - Tarik Gok , Rene Bauer , Vinod Ravindaranath and Nitesh Mohanty .
Posted by The State Of It All at 3:52 AM 6 comments

The State Of It All
I find hope in the darkest of days, and focus in the brightest. I do not judge the universe.